Whisk(e)y is matured in wooden casks for a number of years to take on more complex flavours. Whiskey does not age in the bottle.

Oak cask to store Whisk(e)y for maturation. It has usually been used before in the production of other beverages like Bourbon or Sherry, influencing the flavour of the Whisk(e)y.

is made by blending together any number of single malt whiskies and grain whiskies to create the required flavour and characteristics. Blends can be from different distilleries and of different ages.

An American Whiskey distilled from a minimum of 51% corn, filled into new charred oak barrels at no more than 62.5% alc. by volume.

The strength of Whisk(e)y as it comes from the cask. It is not diluted further before bottling and the strength can be anything between 40% and 65% alc. by volume, depending on age.

The fermented, mildly alcoholic wash is heated in a still so that the alcohol vapours evaporate, rise up the neck of the still and then condense back into a highly alcoholic liquid.

Malting is achieved by soaking the barley grains in warm water and then allowing them to germinate, which turns the starch present into natural sugars.

Decayed and compressed plant material found in the soil of damp and marshy regions. It is dried and used as fuel to dry malted barley, giving Scotch Whisky it’s distinctive smoky flavour.

A copper still that is used in the production of Single Malt Whisky. The heating of the contents of the still produces vapors containing the alcohol, which is separated from the water.

or single pot still is a style of Whiskey exclusively made in Ireland. It uses a mix of malted and unmalted barley. This gives the Whiskey a distinctive spiciness known as ‚potstill character‘.

Whisky made in Scotland, produced from water and malted barley (to which whole grains of other cereals may be added). All Scotch Whisky must be aged in oak barrels for at least 3 years.

Whisk(e)y that is made of 100% malted barley and is from just one single distillery location.

Scots Gaelic for aqua vitae or the , water of life* from the first part of which the word , whisky* is thought to derive. 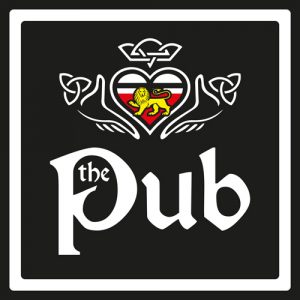